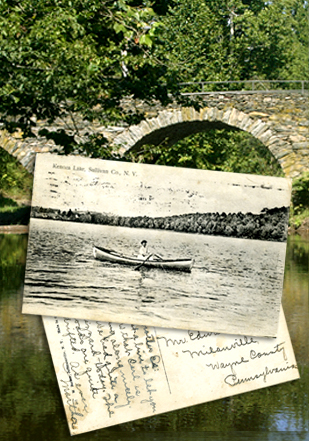 From the heritage of Native American tribes to the Cultural Revolution started by the 1969 Woodstock Festival in Bethel, Sullivan County is rich in history. Kenoza Lake was originally called Pike Pond. In the early part of the 20th century, when Sullivan County began to transition from an industrial county to one focused on tourism, many ponds in the area were renamed in an effort to appear more refined to visitors. Pike Pond's new name--Kenoza Lake, was selected in 1905 by the local postmaster, a man who was a fan of John Greenleaf Whittier, an American Quaker poet. Whittier grew up in Haverhill, Mass., in a big house overlooking a body of water called Kenoza Lake. He eventually wrote about the lake in one of his poems. It was that poem that attracted the notice of the local postmaster in Sullivan County. Now, a century later, with the opening of Kenoza Lake Estates, the area has transformed into a warm and inviting haven for all kinds, from second-home owners to naturalists. With easy access, this lakefront community embodies the very best of Sullivan County. In the local Indian tongue, "Kenoza Lake" meant "Lake of the Pickerel." In the tongue of today's weekend homebuyers, Kenoza Lake is synonymous with "WOW!" Plan your visit today.